Just think about riding in a covered wagon across the United States. Weeks upon weeks of travel in all sorts of terrain and weather conditions. The early settlers were a hardy and brave group of people.

One route traveled was the Oregon Trail. This was a 2,170 mile wheeled wagon route which connected the Missouri River with Oregon. The trail crossed the current states of Kansas, Nebraska, Wyoming, Idaho and Oregon. 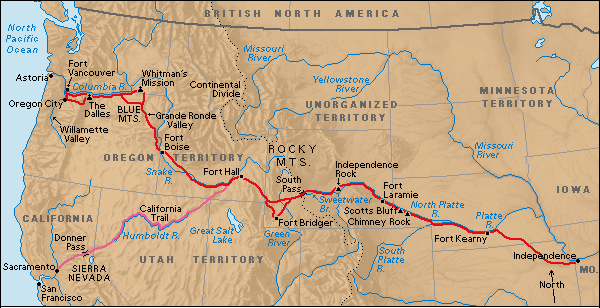 The route was first laid out by fur traders beginning in 1811. The first wagon trains filled with emigrants set out in 1836 from Independence, Missouri.

That begs the question…what type of food or recipes did these adventurous groups of people prepare along the way? I found a wonderful article from homesteading.com which lists 15 recipes that survived the Oregon Trail.

Here are a few of those recipes: Side Pork And Mormon Gravy Check these pioneer recipes handed down from generation to generation and from one continent to the other–a gifts from our forefathers!

I continue my quest to find healthy holiday recipes…today, I found 30 recipes from Taste of Home. You’ll find soups, salads, sides, main dishes… a bit for everyone. ENJOY!

You and your family will love these healthy dishes. Watch to find out! This week we’re talking about clean eating, but just what does that mean?

In this morning’s video, Dr. Oz gives you the 4 main rules to eating clean.

Now that we’re done with Halloween, it’s time to put the junk away and return to clean, wholesome eating. This week, I’m focusing on easy and delicious ways to eat clean. Here’s a video with 3 ideas for prepping in advance.